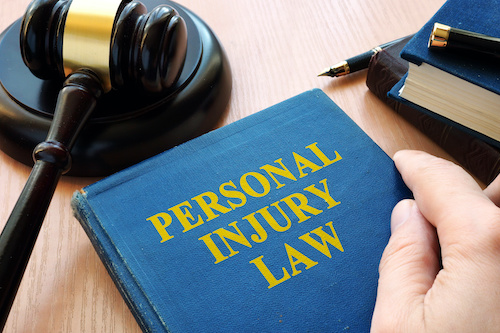 Ana DeLeon, who was 54-years-old at the time, was walking to work when she lost her balance and fell on raised concrete. This incident occurred on January 21, 2016. Ms. DeLeon was working as a home attendant and was on her way to a patient’s home when the accident occurred. The patient’s home was located at 11558 123rd Street near Ozone Park, New York. The plaintiff was roughly two blocks away from her patient’s home when she took the violent spill. Ms. DeLeon was walking out of a local Walgreens and wasn’t aware of the raised concrete obstructing her footpath as she continued in the middle of the sidewalk. At that time, there were no other pedestrians in front of the Plaintiff.

Unfortunately, there weren’t any markings, construction, barricades, tape, signs, or any other obvious identifier that might have alerted Ms. DeLeon to the unevenness of the sidewalk that lay ahead of her. The Plaintiff also remembers looking forward right before the accident and wasn’t distracted by a device or another situation. Even with her attention on the sidewalk, the lack of forewarning of the upcoming sidewalk issue caused Ms. DeLeon to trip and fall hard. The Plaintiff tripped on the uneven concrete with her left foot which forced her upper body to fall forward.

Both of her knees instinctively hit the concrete along with both hands to absorb some of the fall’s impact. After the unforeseen and painful incident, Ms. DeLeon continued walking to her patient’s house. She ended up taking an ambulance to Jamaica Hospital from there to treat the pain and injuries resulting from the fall. In route to the hospital, the Plaintiff complained to paramedics of pain in her shoulders and left knee. Blood was also coming from cuts on both her knees.

When Ms. DeLeon made it to the hospital, medical staff were able to determine the full extent of her injuries. The Plaintiff ended up suffering wounds to her hips, shoulders, hand, and knees due to the fall. The trauma was severe enough that doctors ordered MRIs to be performed on the Plaintiff’s bilateral knees and bilateral shoulders. Four surgeries were also ordered on Ms. DeLeon’s right knee, left knee, left shoulder, and right shoulder. Following her original visit to the hospital immediately after the accident, the Plaintiff attended Physical Medicine and Rehab located at 95-20 Queens Blvd. for treatment.

Over the next few months, Ms. DeLeon had to attend physical therapy twice each week to improve her injuries and alleviate the accompanying pain. Additionally, she hired Dr. Mian to treat her shoulders and knees when the pain wouldn’t cease long after the accident. The severity of the injuries that resulted from the Plaintiff’s violent fall caused her to be bedridden and home for nearly 2 months after each surgery.

Her successful career as a home attendant was also sacrificed as she had to leave in order to undergo the required surgeries and adhere to the required recovery time. Not only did this result in a considerable loss of income, but Ms. DeLeon also had a mountain of medical bills piling up during the time she was out of work. To help receive compensation for this loss of income and time out of work, Ms. DeLeon knew she needed a personal injury lawyer in New York.

New York attorney Peter S. Gordon, from the Gordon & Gordon law firm, represented the Plaintiff in her lawsuit. New York lawyer Jason S. Matuskiewicz also lent his expertise to the proceedings to help secure Ms. DeLeon as much compensation as possible. The gravamen of the Plaintiff’s complaint was that there were no noticeable signs or identifiers of any kind to warn a pedestrian of the uneven concrete on the sidewalk.

With the help of a leading attorney in New York, Ms. DeLeon was able to successfully argue her case and ended up receiving a settlement for the suffering and pain she endured as a direct result of the accident. The court awarded a settlement of $475,000 to the Plaintiff.

If you’re in need of a personal injury attorney in New York City, contact us to schedule a free consultation so we can review your case.