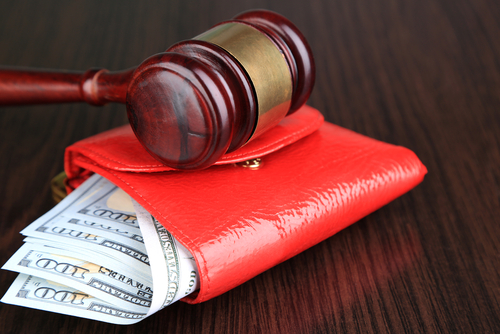 The onset of a new presidency, always and ultimately, brings about times of gradual but drastic change. At Gordon & Gordon, we’ve witnessed such periods unfold time and time again. We also know this truth should hold especially accurate in terms of President Donald Trump’s recent inauguration. No matter how you feel about his policies, no one can deny he’s on track to implement radical changes to the way our society functions.

What, however, does this mean for wage law? In this article, we’ll cover a few of the most notable wage-related policies Trump seeks to implement and how they’ll affect American workers.

The Affordable Care Act May Be on Its Way Out

One of Trump’s biggest campaign promises was to eradicate the Affordable Care Act (known more colloquially as “Obamacare”) and replace it with his own health care policy. For the average American employee, this idea likely sounds like the worst imaginable nightmare. News reports dictate plans to derail the ACA are, in fact, already underway and have been since day one of Trump’s presidency. Upon being sworn in, Trump immediately issued orders to begin stifling any and all policies implemented by the ACA as much as possible.

This could mean big trouble for the majority of American workers. Prior to the ACA’s implementation, nearly 30 percent of Americans couldn’t afford adequate health care. The good news, however, is that the Trump administration seems at least partially divided on Trump’s stance. Some recommend ironing out a new policy before getting rid of the ACA completely. Regardless of the final outcome, banishing Obamacare may turn out to do far more harm to the American people than good.

Work Hours and Pay May Receive a State-By-State Overhaul

Prior to Trump’s inauguration, Obama and his administrative office were in the process of sewing up a nation-wide default salary for high-ranking employees who don’t qualify for overtime pay. This new law never made it to pass and, under Trump’s new administration, is still on the table. Trump personally has expressed some concern over how this doctrine could affect those with small businesses—a sentiment that could spell trouble for the law’s future. For now, how much professionals are required to work and how much they can earn is determined by their state of residence.

If you’re concerned you aren’t earning as much as you should, now may be the time to get in touch with a labor wage attorney.

Delayed Workforce Adjustments Across the Board

There is a bit of good news among all of these potential negative changes. As we’ve witnessed throughout Obama’s double term, various changes arose in the form of pro-employee legislation. While Trump may work to undo the majority of these changes, he won’t be able to budge them for a considerable amount of time. This presents some advantages for those fighting to reform American wage law.

Whether you’re facing your own wage-related discrimination or simply want to know how you can create positive change for American workers across the board, consider getting in touch with our team of New York attorneys. We have all the knowledge and resources to help you fight for what you deserve.

Contact us today to learn more about our services.